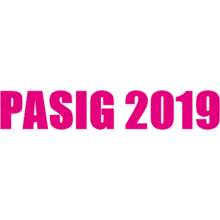 The value and benefits of community collaboration are not always immediately or explicitly evident. Periodically they need to be examined anew and reaffirmed. Having previous experience at Sun Microsystems in establishing both Centers of Excellence (CoE) and the Preservation and Archiving Special Interest Group (PASIG) and my current involvement in the LOCKSS Program, I want to set out some of the benefits of community collaboration and participation; some well-acknowledged — almost to the point of being taken for granted — and others less so. If planned well, technical, financial, sustainability, and social benefits can all accrue from inter-organizational collaborations.

Some of the readers of this article may not have had any direct experience with Sun Microsystems. But it was a company with deep ties to the academic and research community. There was a consistent, focused emphasis to work with higher education institutions 1) to vet and test innovative engineering ideas and 2) find and develop new advancements and solutions. This commitment was predicated on the belief that there were far more developers and thought-leaders outside of Sun than inside of it. The Center of Excellence program was designed to create mutually-beneficial collaborations on key technical and commercial topics. Many of the joint projects entailed support — either via matching grants, hardware donations, or direct funding — for specific research and engineering efforts designed for technological innovation of value to Sun. However, many CoE's were a combined effort of Sun, a third-party software provider, and a university department to develop a solution to meet a ‘market deficiency' or benefit a perceived user group; scientific research departments, eLearning experimenters, academic libraries, central IT organizations, etc. The inherent advantages of this latter case hinged on the fact that there was a commitment to sustainability, growth, and enhancement of the eventual solution.

Through engagement of commercial entities, university partners were able to lessen risk and sustain the work effort. The companies were able to leverage the expertise and reputation of the host institution. Successful CoE's were designed to raise the level of the overall community as the solution was accepted and adopted. This ties directly into the creation of the PASIG by Sun and Stanford University in 2007. Initially funded by Sun but nurtured by a global group of leading preservation experts crafted with the help of Michael Keller and Tom Cramer, the PASIG was designed to raise the knowledge level of the incipient preservation community by directly connecting global innovators, publicizing state-of-the-art, replicable, practical projects, and even openly sharing mistakes and missteps. At the PASIG's inception, LOCKSS stood out as a cornerstone contributor and has continued to be so. It has also evolved into the epitome of a successful global community collaboration by raising the level of discussion and sharing worldwide.

The LOCKSS Program has been run out of Stanford University, where there is a core engineering and management team. But this single organization is actually a part of a global community of LOCKSS experienced users and proponents. Let's examine the reasons why this community has been so successful for now going on an unprecedented twenty years!

Conjoined to seasoned consortial guidance for LOCKSS is the concept of sharing risk and resources between institutions. Every consortium has leaders. But leadership and project resources often change over any long-term period. As new LOCKSS Networks join, new leaders can be nurtured by experienced committee members. By sharing ownership of the LOCKSS community the network as a whole can lessen the problems of one institutional member having a personnel change, a leader decommitting, a loss of funding, or a change in institutional management direction. While universities may exist for centuries, specific project commitment does not have that longevity since budget, people, and technology are always in flux and changing. Individual projects may hit a nadir, but another institution can pick up the lead and commensurate responsibility within the cooperative network.

To summarize, as Aristotle stated "The whole is greater than the sum of the parts." This is the continuing LOCKSS community model for success.