Mitigation of "Spectre" and "Meltdown" vulnerabilities in the context of the LOCKSS system.
Thib Guicherd-Callin 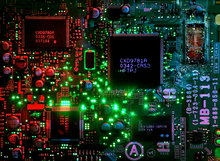 The beginning of 2018 is marked by three industry-wide security vulnerabilities affecting major CPU architectures, in turn affecting many operating systems and devices. Commonly nicknamed "Meltdown" and "Spectre" in news reporting, these severe vulnerabilities are specifically:

Updates to the Linux kernel and intel-microcode (where applicable) packages to mitigate the "rogue data cache load" vulnerability (CVE-2017-5754) are starting to become available for current and recent versions of Linux distributions. Partial fixes to address some aspects of the "bounds check bypass" (CVE-2017-5753) and "branch target injection" (CVE-2017-5715) vulnerabilities are under development, but security researchers warn that comprehensive fixes will be difficult to achieve.

Note that some operating systems have reached end of life (EOL) and will *not* be receiving critical updates, leaving them vulnerable to these and any number of prior vulnerabilities.

The most widespread operating system in the LOCKSS community is CentOS:

The general commonality of these three vulnerabilities is that the way most modern processor architectures implement speculative execution of instructions (a commonly used performance optimization) can be exploited by unprivileged malicious code to read data from memory, including privileged kernel memory. The leaked data can be arbitrary, including passwords, encryption keys, file data loaded into memory to compute checksums, etc. Worse, some of these vulnerabilities cross the guest/host barrier, meaning that data can be exfiltrated by malicious code running in one virtual machine from another another virtual machine sharing the same physical CPU in a hypervisor or cloud environment. Thanks to the JavaScript engines of Web browsers and other means, it is not difficult these days for arbitrary outside code to be running on the CPU.